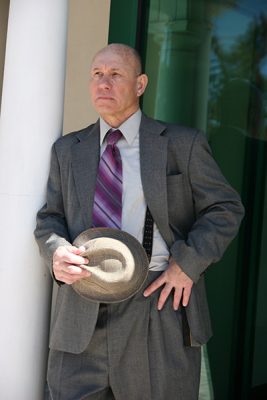 Portrayed by Doug A. Mishler

Often remembered merely as a blowhard or a buffoon for his surreal kitchen debate with Nixon in 1959 or his petulant shoe pounding at the UN, in fact, Khrushchev was never a joke. Khrushchev followed a long and very colorful path to become arguably the most crucial figure opposing the West during the Cold War—certainly his Cuban missile adventure almost caused nuclear war! Khrushchev was an intimate of both Lenin and Stalin (he amazingly survived their purges), a hero of the great war against the Nazis, and led the Soviet Union through the darkest and most dangerous hours of the Cold War from 1954 to 1964. Khrushchev was a remarkable figure who had a huge impact on American history. 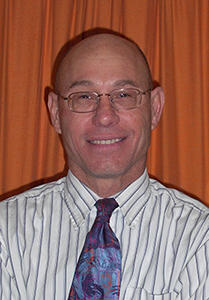 For over 20 years Doug has been nationally recognized for bringing “history to life.” In addition to Nikita Khrushchev and Jefferson Davis (see post here), Doug has presented literally hundreds of first person presentations from Stonewall Jackson and Henry Ford to Jack Warner and P. T. Barnum. Grand Junction may remember him portraying Hector de Crevecoeur, Ernie Pyle, P.T. Barnum, Henry Ford, and Theodore Roosevelt. The voices in his head keep him busy, but he also makes time to direct and act, run his own theatre company, and teach history at the University of Nevada. Like his idol T. R., Doug believes there is still plenty of time to grow up and get a “real job”—but later!