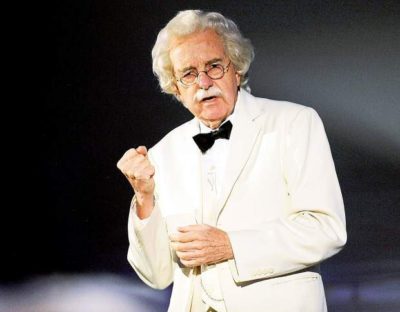 When Mark Twain married into high, back-East society in 1870 he gave up drinking and smoking and swearing. It wasn’t easy. It wasn’t entirely successful.

Perhaps more than anything, Mark Twain was a westerner by profession – he was an author steeped in western tales, lies, and humor. He titled his book about the West Roughing It. It was published in 1872 but its western style and attitude turns up in almost all Twain’s later writing – from Tom Sawyer in ‘76 and Huckleberry Finn in ‘85 to A Connecticut Yankee in ‘89, to Pudd’nhead Wilson in ‘94, and Captain Stormfield’s Visit to Heaven in 1909.

The West made Mark Twain. And then Mark Twain made the rest of the country into the West. 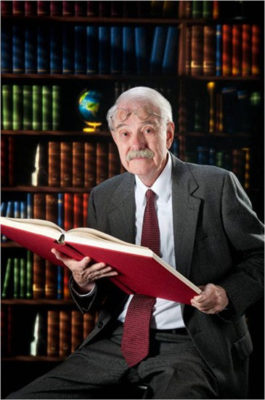 George Frein was born in Missouri and grew up on Mark Twain. Like Twain, George has studied philosophy (BA), history (MA), and theology (PhD). As a result, George feels he has earned the right to tell Mark Twain-size tales and lies from the stage – the chief lie being, “Good evening, I am Mark Twain.”

Audiences recognize it for an authentic western truth.