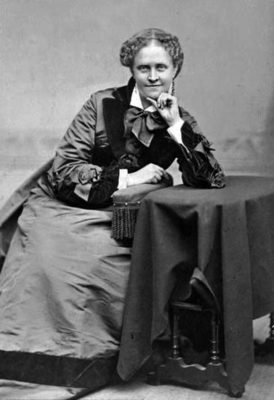 Helen Hunt (1830-1885) was already a critically acclaimed author when, at 43, she moved to Colorado Springs in hopes that the dry air would heal her lungs of consumption. She explored the mountains, married William Jackson, and wrote poems and stories about the West.

Inspired by Chief Standing Bear’s speech she heard in Omaha, Nebraska, she became caught up in the cause of helping the Indians and wrote Century of Dishonor.

Named Special Commissioner to the Mission Indians in Southern California by President Arthur, she realized that she needed to appeal to the general public. She wrote Ramona, a novel based on actual events but featured a heroine with a tragic love story.

Jackson did not live to see her influence. Shortly after Ramona was published, the first American law to address Indian land rights (the Dawes Act) was partially attributed to her. Ramona remained immensely popular with 300 printings, and an annual outdoor pageant which still brings tourists to Southern California. 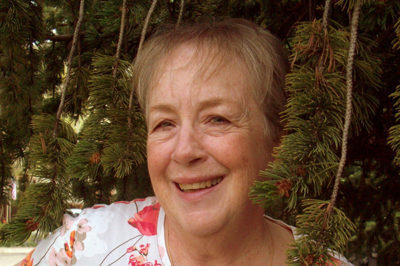 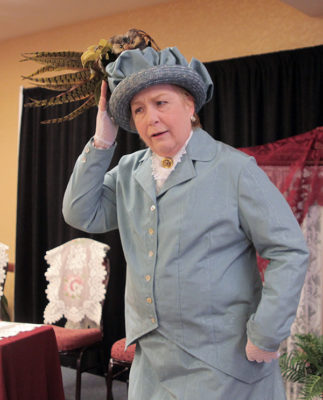 Gretchen Payne is a retired high school English and speech teacher whose love of reading, history, and performance led her to join The Legendary Ladies in 2011. Coaching students in writing and oral interpretation has been an unexpected asset in this choice of post-career avocation. Her characters include Helen Hunt Jackson, Silver Heels, Lady Catherine Moon, and Rae Wilson. Since most history has been written by and about men, it is exciting to research and discover the strong, passionate, and influential women who helped frame our western culture.

The Legendary Ladies will also present Saturday, August 19 at 12:30 pm and 7 pm at The Avalon Theatre.

All Saturday daytime presentations are FREE and open to the public.

$5 for Adults; Free for children 13 years and younger