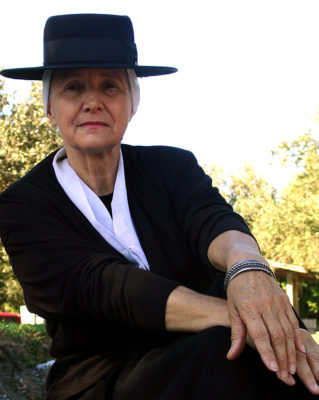 Georgia O’Keeffe (1887 – 1986) was one of the first female American painters to achieve worldwide acclaim from critics and the general public. She is regarded as one of the most influential artists of the 20th century.

During her marriage to Alfred Stieglitz (an internationally known photographer) Georgia lived and painted in New York while spending summers at his family’s retreat at Lake George, New York. Then in 1929 she discovered New Mexico. The magnificently colored landscapes of the northern New Mexico desert was O’Keeffe’s inspiration for many of her works in oil until the 1970s.

Georgia O’Keeffe is recognized as an iconic figure who represents an essential part of the American Dream. She is known as one of the most original painters America has ever produced. Her vivid visual vocabulary – sensuous flowers, bleached bones, red sky and white clouds – has had a lasting influence on American art in this century.

O’Keeffe’s personal mystique is as intriguing as the boldness of her art. Ranked among the vanguard of modern art, her paintings vividly portrayed the power and emotion of objects of nature. 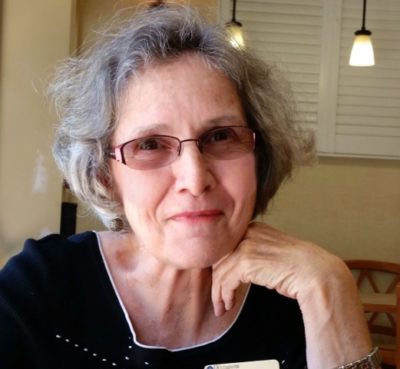 Nan Colton is a playwright, director, storyteller, actress and arts educator having performed and lectured professionally on stages throughout South Africa, Great Britain and the United States.

From 1990 -1998 years Nan was founder and Artistic Director of Kestrel Productions – a small, professional theatrical company that presented over 100 productions of vital American theatre and brought Pulitzer winning playwrights Paul Zindel and Arthur Kopit to Saint Petersburg to share their works with local students, thespians and audiences.

After 3 years as “Artists in Residence at Eckerd College” the theatre company disbanded and Nan’s entrepreneurial spirit created Solo Productions. Since then she is committed to create and present theatrical solo performances and workshops that are both interactive and entertaining in museums, art galleries, schools, universities and at conferences.

Nan has been the Performing-Artist-in-Residence at the Museum of Fine Arts, St. Petersburg for the past 20 years, having researched, produced and performed over 39 vastly different original scripted presentations that explain the art and the exhibitions.