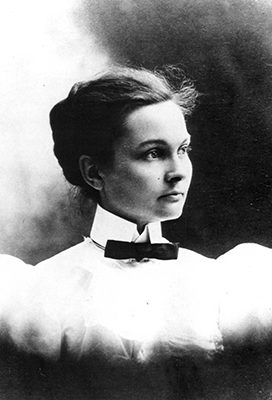 Gravely ill from an incurable disease, Dr. Susan Anderson made a last ditch effort to survive. During the winter of 1907, she moved to the mountain town of Fraser, Colorado, into a tiny shack next to the railroad tracks. Every clear day, she dragged her cot outside and snuggled under quilts piled high. She breathed in the frigid mountain air and soaked up the healing sunshine, ridding her lungs of tuberculosis. Residents soon discovered she was a physician—mostly because her first patient was a horse. Gradually, people began to ask her to cure them, even though she was a woman doctor.

Also known also as Doc Susie, she made house calls all over Middle Park including at ranches, lumber camps, and the Moffat Tunnel construction site. Most either did not pay her at all or paid with goods like firewood because they had no money. She often traveled long distances—40 or 50 miles—using any mode of transportation supplied to her, from horse to train.

She treated almost every known malady including the deadly Spanish Influenza of 1918. No physician, including Dr. Anderson, knew where the Spanish Flu originated-perhaps from the trenches in France? Or from Funston Military Camp in Ft. Riley, Kansas? She knew it targeted people in their 20’s, killed many of its victims within 12 hours, and spread like wildfire. When the flu arrived in Middle Park, Dr. Anderson treated the symptoms if she could get to patients before they died.

Dedicated to public health, Dr. Anderson strove to prevent epidemics of typhoid and smallpox. She believed many medical problems stemmed from alcohol abuse and became a strong proponent of Prohibition. This major cultural change began during the early months of the United States’ entry into the Great War when Congress elected to save grains for food, thus closing breweries and distilleries which used grains in alcohol production. Gradually, Dr. Anderson realized that instead of curbing consumption of alcohol, Prohibition just made it more appealing. Grand County was made up mostly of men—and they wanted their whiskey. Dr. Anderson fought against liquor because she saw the harm it did to men and families.

Grand County residents said Dr. Anderson was dedicated and highly respected. Fellow physicians marveled at her ability to diagnose disease and treat patients under primitive conditions. She brought successful medicine and healing to an area where it was needed and tried to lessen disease and despair among the common mountain folk. Dr. Susan Anderson practiced medicine for over 50 years, and retired at age 86. 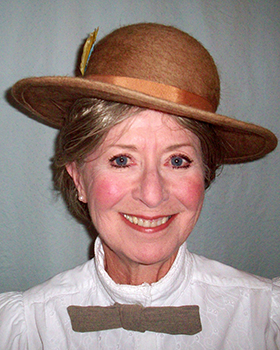 1900-1907: Unsuccessful attempts to set up a medical practice in Denver and Greeley due to prejudice against women doctors and the abundance of male doctors. Works as nurse in Greeley

1909: Establishes a practice in Fraser and Middle Park, Colorado with a horse as her first patient

1918: Cares for patients afflicted with Spanish Influenza. The pandemic kills more people than the Great War

1997: Is inducted into the Colorado Women’s Hall of Fame