Abraham Lincoln: The Power of the Spoken Word 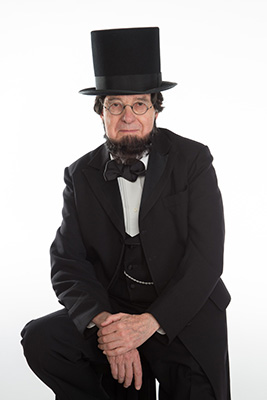 Everybody knows that Abraham Lincoln was President during the Civil War. It is not so well known that he spent most of his time and energy while in office as a writer and orator. His words were the chief power of his administration. He labored over his speeches, knowing that not getting his words right would cost men their lives and the nation its treasure. For Lincoln it was the spoken word – the word in its first and most basic form – that he chiefly prized. Lincoln was first and foremost an orator. He believed in the power of the spoken word. 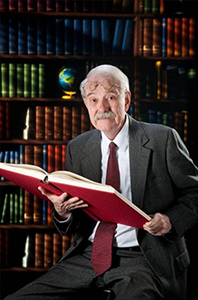 Dr. Frein has long studied words; first, as a Philosophy major in college, then as a university professor, and finally as a Chautauqua scholar. For Chautauqua he wrote Moby-Dick as Herman Melville, was an orator for American independence as John Adams, used colorful political language to “give’m hell” as Harry Truman, wrote ornithology as John James Audubon, spoke theologically as Massachusetts Bay Colony Governor John Winthrop, and found just the right word to rhyme with cat as Dr. Seuss. Now Dr. Frein will show how Abraham Lincoln’s words continue to give the nation “a new birth of freedom.”