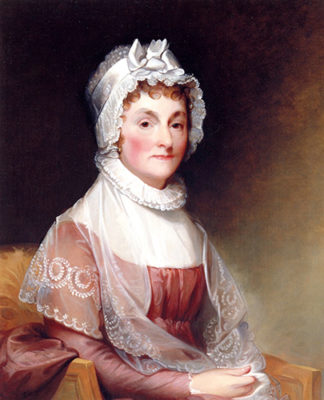 I witnessed the birth of independence from Britain from my farm in Braintree, Massachusetts. My husband, John Adams—my “Dearest Friend”—was a lawyer, a patriot, and a public servant. His role in the founding of our country took him far from our farm for years at a time. In these absences I became the master of house in every sense. I made decisions, purchases, and alliances of my own will—often without the knowledge of my husband. I was John’s trusted advisor. He shared his joys and concerns with me and spoke openly of matters often reserved only for male companions. I adored my husband and respected his duty to our country above even my own happiness. I documented for him, through my letters, the state of Massachusetts financially, politically, and emotionally during the years of the revolution and beyond. My own personal independence was so dear to me that I advocated for women’s rights, especially the right to formal education. I served my country as the wife of the first ambassador to Britain, then as wife to our country’s first vice president, and then as First Lady. 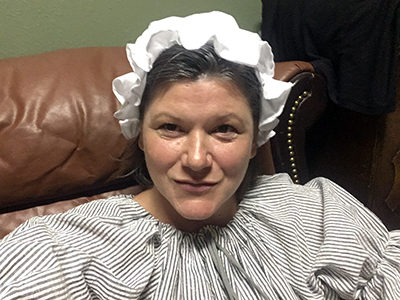 Jessica has always enjoyed being in the spotlight. While growing up in Braintree, Massachusetts, she enjoyed gymnastics, dancing, and acting. She attended Emerson College where she graduated in ’93 with a BFA in Dance. Jessica forgot her passion for performing and had large gaps between stage productions after becoming a mother. It was during a trip back to Massachusetts in 2014 that she caught a glimpse of her soon-to-be-heroine. She attended a reenactment of the signing of the Declaration at the Adams’ National Park on the 4th of July and was brought to tears by a reading of Abigail’s “Remember the Ladies” letter. When the Museums of Western Colorado offered an adult Chautauqua workshop in the spring of 2018, she didn’t have to grapple with choosing her historical figure—it was Abigail Adams. She fell in love not only with Abigail but with the art of Chautauqua as well; she jokes that she’d been waiting her whole life to find an avenue for her talents. Jessica enjoys bringing Abigail to life for history classes in District 51 and beyond. She continues to read and research as well as visit Abigail’s historical sites as she deepens her understanding of this complex, amazingly brave, female patriot.

Jessica will portray Abigail Adams during the Saturday, September 14 daytime presentations. She will also be the emcee for the Grand Valley History Players for the evening performances.