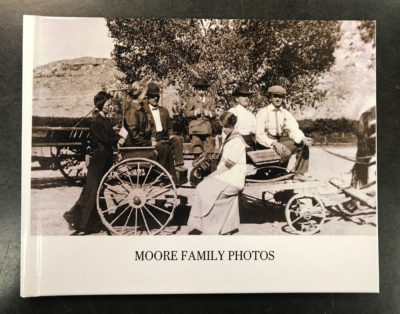 The Loyd Files Research Library was recently gifted a family memoir and photobook from the family of John and Irena Moore.

John and Irena built several houses in Grand Junction, the most notable was at 433 N. 7th Street which was built in 1910. The house is now part of the National Historic District.  They continued to live in Grand Junction until 1920, when they moved to California.  John passed away in 1934 and was buried in Grand Junction.