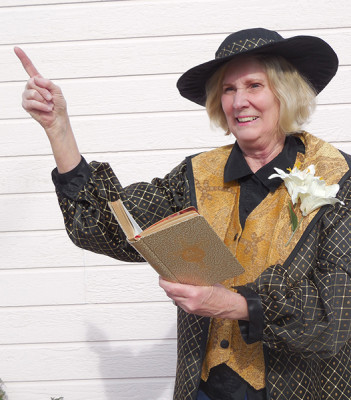 Aimee Semple McPherson was a singular force in the cultural milieu of the interwar period. Born in Ontario, Canada in 1890. She was consecrated to the Lord at the age of six weeks. Her mother raised Aimee to love Jesus in the tradition of the Salvation Army. Aimee’s rural childhood was transformed when the Pentecostals came to Ingersoll. Ontario. She married Irish evangelist Robert Semple at the age of 17 and became a widow and a mother two years later. A second marriage followed in 1912 but the evangelical impulse instilled by her beloved Robert Semple prevailed over more traditional roles and she began her ministry in earnest in 1915. The religious fires unleashed by the irrepressible Aimee continued undaunted until her death in 1944.

Aimee Semple McPherson is a perfect figure to illuminate this year’s Chautauqua. She came of age as an evangelist during exciting and trying times. Her healing ministry touched hundreds of thousands of Americans in North America at a time when traditional Protestantism came under attack by the forces of modernism. She preached the inerrancy of the Bible, fought against the forces of evolution and castigated those comfortable, complacent Protestants that she compared to the little piggy in the house of straw. She wrote operas, and staged elaborate illustrated sermons that brought the joys of salvation to her audiences. She rejected the fire and brimstone rhetoric of Billy Sunday and reveled in the joy of the Lord. She was unique within the force of Evangelical Protestantism; there has been nothing like her before or since.

Mrs. McPherson provided hope and joy to the displaced of all classes and races. She arrived in Los Angeles in her Gospel Car in 1918. In Los Angeles she witnessed an influx of displaced persons in a bewildering city. Her Angelus Temple became a sensation; her services rivaled the theatricality of the Hollywood producers across town.

The savvy evangelist was quick to accept modern technology that would facilitate spreading her message of hope. She was the first woman to acquire a radio broadcast license, and her KFSQ radio station, the first religious broadcast station in the nation, reached audiences throughout the West. The Angeles Temple seated 5300; her 20 weekly sermons evoked a religious response heard well beyond the sprawling city of Angels. Her frequent evangelistic tours won converts from the small towns of the Midwest to the Catholic enclave of Boston and beyond.

Aimee’s ministry was notable for its diversity. Her message of faith and love resonated among African-Americans, and her revivals were integrated from the beginning of her ministry. When Ku Klux Klan members entered her sanctuary in full regalia, she preached a sermon of inclusion and castigated their message of hate. The Klan members departed; it was said that many discarded their robes and re-entered the Temple, transformed by her message of love. When Fascism threatened the fragile peace settlement after the Great War, she preached against Anti-Semitism and the racial hatred of Hitler. Her message of the love of Jesus and the joys of salvation continue today in the tradition of the Foursquare Gospel Church that boasts a worldwide membership exceeding two million. Her message of joy, hope and love continues unabated in the church that she founded. 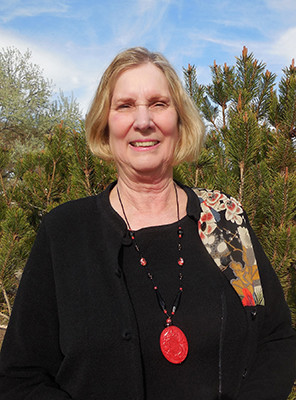 Doris Dwyer has taught history and humanities at Western Nevada College since 1980 and resides in Fallon, Nevada. She earned her Ph. D. in History from Miami University of Ohio and a M.A. and A. B. from Eastern Kentucky University. Her Chautauqua career began in 1994 with a portrayal of Gold Rusher Sarah Royce. Since then she has portrayed Donner Party survivor Margaret Breen, contraceptive pioneer Margaret Sanger, Life photographer Margaret Bourke-White, evangelist Aimee Semple McPherson, Puritan dissenter Anne Hutchinson, and environmentalist Rachel Carson.

Dr. Dwyer has performed hundreds of Chautauqua portrayals in Nevada, California, Colorado, Arkansas, Maryland, Missouri and New Hampshire. Dwyer is currently a Governor’s appointee to the Nevada Board of Museums and History, and is a past recipient of the Governor’s Humanities Award and the Nevada Regents’ Teaching Award.