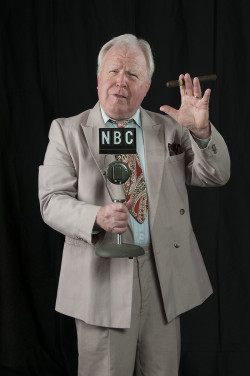 Traveling salesman, self-educated lawyer, Louisiana Governor, and U.S. Senate member, Huey Long appeared at a time when people needed someone to champion those who were suffering through the depression and seemed without a political voice. Huey campaigned on issues of economic equality which generated very strong feelings from the populace; the average Louisiana citizen loved him, the unions, big businesses and wealthy hated him.

Fortunate to have been raised in a family that stressed the importance of an education, Huey was inquisitive and had a photographic memory, two characteristics that would propel him to advance rapidly through school. Eventually, after only three semesters of law school, he passed the Louisiana Bar Exam at age 21. He was a successful lawyer, but felt that he would accomplish more as a politician.

The 1920s in Louisiana was a time of 25% unemployment, a high rate of illiteracy and extreme poverty. Huey sought to change that and ran for Governor, traveling to the poorest of communities painting a picture of a more progressive time. His “Share Our Wealth” program promised free public education, paved roads, free hospital care and lower property taxes. He eventually initiated 22 different programs aimed at improving the quality of life in Louisiana.

He was not, however, popular with everyone. The changes he eventually made included how people were taxed; large corporations and wealthy individuals were taxed much more while the poor had their taxes reduced. He made enemies among the wealthy and well-connected; chief among them was the Standard Oil Company which he taxed to finance a free textbook program. Prominent members of the community gathered together in “assassination clubs” which met secretly and plotted against Long.

While Huey accomplished much of what he set out to do, he was also corrupted by the power of his position, often acting in ways he condemned in others. He created a group of his own cronies, granting them contracts and quietly taking their “donations,” further infuriating those whose influence diminished as Huey’s grew.

A successful, power-driven politician who ruffled feathers, it seemed almost inevitable that Huey’s life would not end quietly. He made many enemies; even Franklin Delano Roosevelt called him “one of the country’s two most dangerous men.” He was often threatened and surrounded himself and his family with security. It was not too surprising, therefore, when he was shot by a disgruntled man in the Louisiana State Capitol in Baton Rouge and died from his injuries two days later. That over 200,000 people attended his funeral was a testament to his popularity.

Titles Recommended by Chuck Chalberg include:

Kingfish: The Reign of Huey P. Long, by Richard White.

The Story of Huey Long, by Carleton Beals.

Every Man a King, by Huey Long.

Dynasty: The Longs of Louisiana, by Thomas Martin.

The Kingfish and His Realm, by William Ivy Hair.

Messiah of the Masses: Huey P. Long and the Great Depression, by Glen Jeansome.

Reminiscences and Recollections of Huey P. Long, by Calvit Walker.