Julia Child and the Development of Academic Culinary Programs 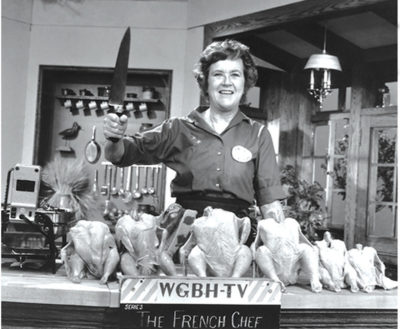 In 1961, Julia and Paul Child arrived back in the United States to live permanently. Except for a few years at the end of WWII, they had been gone from the United States for almost 20 years. Several things took them by surprise. The new invention of television had swept the nation. Popular culture such as “Elvis the Pelvis and Nixon lovers” puzzled Julia, as she stated in her biography. But, what dismayed Julia the most was the lack of prestige that the culinary arts had in her home country.

Julia believed in food. It was not only nourishment, but also art. After graduating from the prestigious Le Cordon Bleu, she stated, ”In France food is like a religion and when I received my diploma from Cordon Bleu, I felt as if I had joined a church.” Much to her dismay, Americans did not share her enthusiasm.

In the 1960’s, America was at a particularly low point in cooking. Post-war conveniences such as frozen food, TV dinners and canned foods offered Americans a quick and fast means of providing a meal. The most popular cookbook of the day was Ladies Home Journal Editor Poppy Cannon’s The Canned Food Cookbook. And the US Department of Labor classified the job of chef as “service personnel” along with street sweepers and dogcatchers.

This was the America that Julia came home to and she quickly began making her mark. Her television series, The French Chef, showed viewers that making good food, using fresh and local ingredients, was not only possible, but also fun and accessible to everyone. More importantly, she worked all of her life to bring the culinary arts to a place of esteem in the nation.

According to her biographer Bob Spitz, Julia brought together the leading lights of the culinary world at a meeting at her home. Out of that grew the American Institute of Wine and Food, a professional alliance that would unite chefs and winemakers, set standards for cooks and schools and establish qualifications in all fields. Julia became the first President of the organization.

But, this was not enough for the indomitable Julia. She noticed that there were no academic programs teaching the culinary arts. There were several cooking schools, but nothing in which an academic degree could be earned. She began to work with Boston University to establish a culinary arts degree program. In 1991, when Julia was 89 years old, Boston University offered a master of liberal arts degree in gastronomy. It was the first of its kind in America.

Today, according to www.culinaryschools.org, there are 738 academic institutions in the United States offering culinary degrees and additional 66 cooking schools that also provide opportunities for degrees. In addition, programs like the National Restaurant Association Educational Foundation’s ProStart reaches over 140,000 students in more than 18,000 high schools across 50 states and US territories. This explosion of opportunities in the culinary arts is a direct result of Julia Child’s perseverance to raise the status of cooking in America.

Julia Child made the joy of cooking accessible to Americans. She made it fun and took away the stigma of making mistakes, saying the only way to cook was to learn from one’s mistakes.  But, most of all, through years of hard work and dedication, she made the culinary arts respectable and brought prestige to the industry of cooking 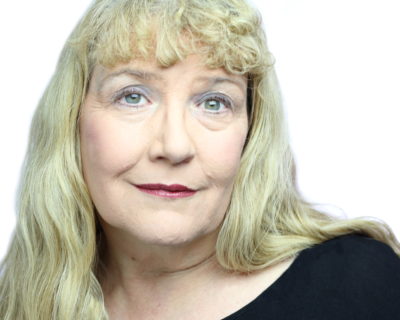 Karen Vuranch weaves together a love of history, a passion for stories, and a sense of community. Karen has toured throughout the US with her traditional storytelling and living history performances, and has completed five performance tours of Wales and England with Coal Camp Memories. She also participated in storytelling exchange in China in 2002. 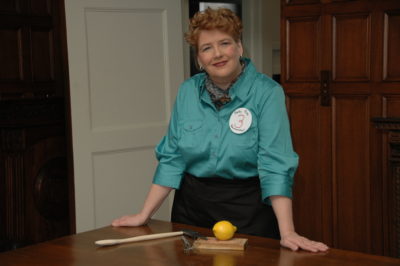 On a lighter side, Karen also writes and produces audience participation murder mysteries. She often works with community groups, creating a production in just two or three days using members of the community. But, she also has a troupe of actors that travel to present the mysteries. The In Cahoots Players are a troupe of incredibly talented actors from Southern West Virginia. Collectively, they have performed in a number of plays, musicals and murder mysteries throughout the region. Their stage presence, lively and spontaneous banter and quick replies make for a hilarious evening of entertainment.

Karen has been honored by many organizations. She received the Tamarack Artisan Fellowship for Lifetime Achievement in the Arts in 2009 and the Robert C. Byrd Community Service Award from the Corridor Tourism L Commission in 2005. Other honors include the McWhorter Achievment Award from the West Virginia Storytelling Guild; Performing Artist of the Year for Tamarack, the West Virginia state arts center; the Spirit of West Virginia Award from the state tourism office and the Celebrate Women Award from the Women’s Commission of the West Virginia Legislature. And, in 1994, Karen and her husband Gene Worthington performed together at the Ellipse Theatre at the White House. On her audio tape, “My Grandmother’s Necklace,” Karen performs stories she has written and collected.  She is currently in production with a new CD of the stories and song show Potluck: Stories and Songs about Women, Wisdom and Food, which she performs with Julie Adams and Colleen Anderson. Karen also has completed a  DVD of Coal Camp Memories.

Karen Vuranch graduated from Ashland University in Ashland, Ohio with double majors in Sociology/Social Work and Theatre. She earned a M.A. from the Marshall University Graduate College in Humanities, focusing on American Studies with a minor in Celtic Studies. In addition to her work as a storyteller and actress, Karen is a faculty member at Concord University where she is the Director of the Theatre Department. In addition to teaching Theatre courses, she directs at least two mainstage productions a year.