In October of 1965, members of the community came together and officially incorporated the Historical Museum and Institute of Western Colorado. Then six months later, on May 1st, 1966, they officially opened up the museum to the public. At the time, it was housed in the Whitman School Building. Eventually, the name was changed to the Museums of Western Colorado (MWC). 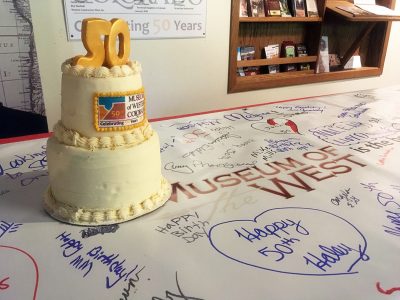 In addition, activities and events were held at all three sites. At each museum, people could have their photograph taken in front of an enlarged image from the Grand Junction’s past. At Cross Orchards, in addition to the costumed volunteers, the Grand Valley Model Railroad club was on hand to demonstrate their indoor and outdoor models. Also on site were members of the Rio 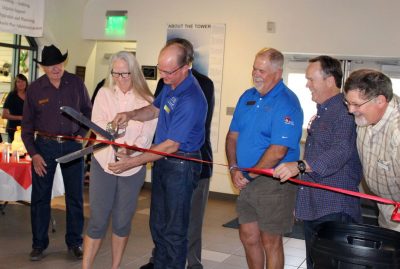 Grande Chapter of the National Railway Historical Society. Also on display were antique British cars from the Whitworth Nuts Car Club. At Dinosaur Journey, visitors were treated to classic dinosaur movies. Curator of History David Bailey hosted gallery talks and tours at the Museum of the West.

At 1:00 pm that Sunday, we held a formal ribbon cutting at the Museum of the West and cake was served to celebrate our birthday anniversary. This event was generously sponsored by Chadwick, Steinkirchner, Davis & Co., who is also proudly celebrating its 50th year of serving the Grand Valley. 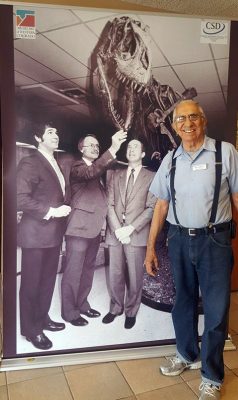 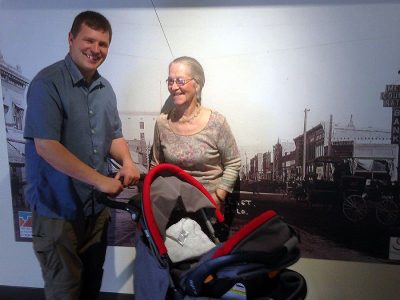 Thank you to everyone who helped us mark this special occasion.