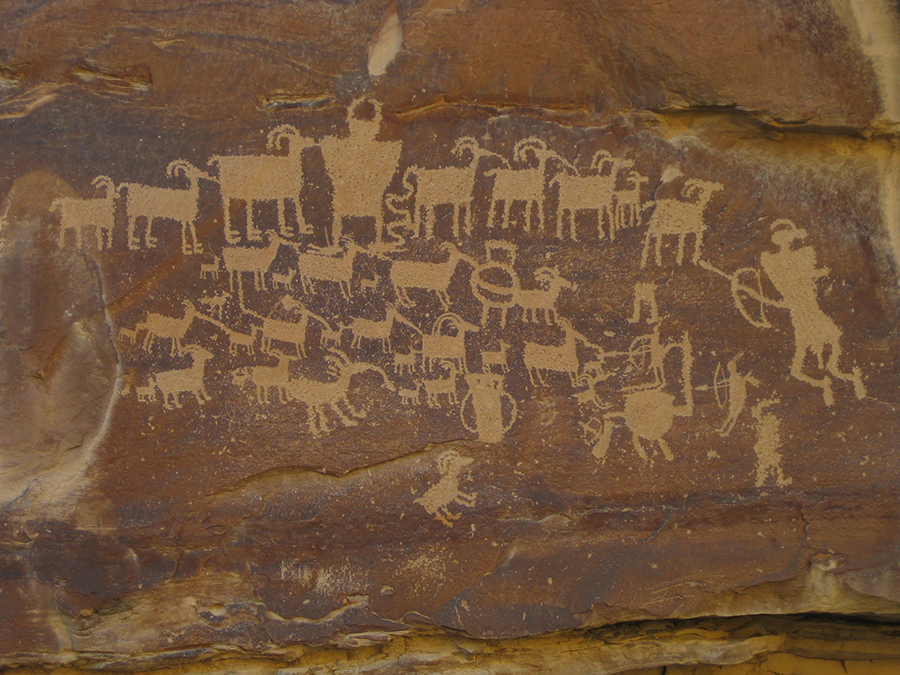 Jones’ talk will be based on the recent book he and Layne Miller co-authored, Standing on the Walls of Time. According to Jones in western culture, rock art has traditionally been viewed as “primitive” and properly belonging in the purview of anthropologists rather than art scholars and critics.

Jones’s essays furnish general information about previous Colorado Plateau cultures and shine a light on rock art as art. The book emphasizes the exquisite artistry of these ancient works and their capacity to reach through the ages to envelop and inspire viewers.