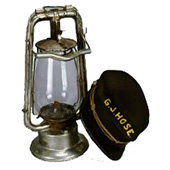 Grand Junction by 1900 had evolved from a simple frontier town to a small city with advantages normally only found in much larger communities. This set the pattern that continues. The 1900 Federal Census recorded a Grand Junction population of 3,503, a 72.6 percent gain over the previous decade. By 1902 the town hired its first crew of three professional firemen, with horses to pull a fire engine. Volunteer firemen were still available, however, and this cap was worn by a member of Hose Company #1. The oil lantern was necessary before electric lights became common. 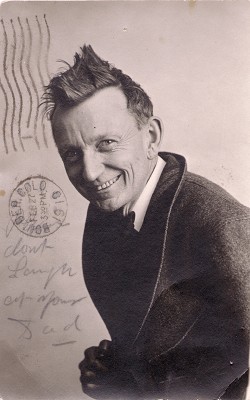 Frank Dean was a photographer in the booming silver mining towns of Western Colorado, and also in Grand Junction. By 1900 he moved here permanently and began a forty year career of photographing people, events, buildings and landscapes. His excellent photos are a valuable recording of the area’s history. (Dean Photo) 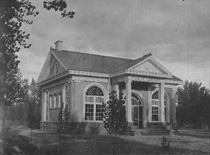 The Women’s Library Association petitioned philanthropist Andrew Carnegie for funds to build a new library, which was erected in 1901 at 7th and Grand. A substantial “Colonial” building, it had a red sandstone foundation, buff brick walls, a red tile roof, and furniture and woodwork of golden oak. (Dean Photo) 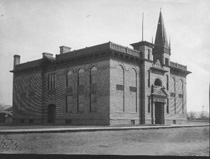 Originally named the Park School, the Emerson Grade School was built at 9th and Ute in 1903. The architect’s drawings of the large building included a dome, but it was not included. Ninety-nine years later the building had essentially the same appearance, minus the belfry and spire. (Dean Photo) 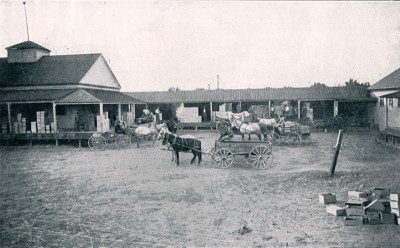 Selling our fruit to distant markets became a large business. The Colorado Fruit and Commercial Company and the Grand Junction Fruit Growers Association were two of the largest firms. The Fruit Growers Association, shown here, also evaporated fruit, which is superior to drying. For example, in 1904 they processed 244,466 pounds of Italian prunes in their evaporator building. This yielded 92,207 pounds of concentrated fruit, without moisture. 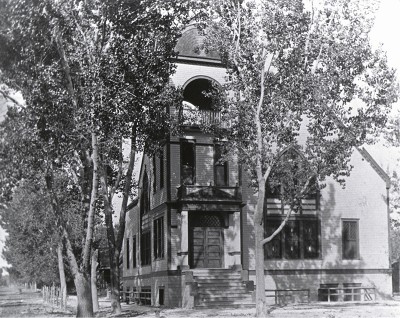 Churches were organized in early Grand Junction and the first small buildings soon were outgrown. Typical was the 1890 Congregational Church. By 1904 the burgeoning congregation rebuilt at the corner of 6th and Rood. They installed the first pipe organ in town, a Kimball Hydraulic Pneumatic Duplex concert instrument. In addition to worship, some churches also were used for musical and literary performances. 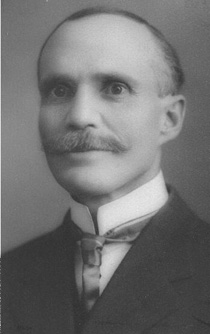 James Bucklin was a lawyer, a founder of Grand Junction, and a stockholder in the Town Company. New ideas in politics and government intrigued Bucklin and he promoted the unusual Preferential Voting System, in use here from 1909 to 1922. Citizens voted for everyone running for an office, in the order of the voter’s preference. Winners were those who tallied the largest number of high preference points. This innovation gained Grand Junction national and international attention.

An electrically powered streetcar system was inaugurated May 27, 1909 by the Grand Junction and Grand River Valley Railway. When few people owned automobiles, streetcars were a great convenience for many riders. Streetcars were smooth, quiet, non-polluting transportation. Earlier, the city had horse-drawn streetcars from 1890 to 1903. 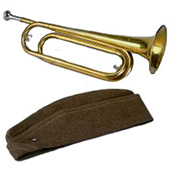 The decade of the 1910s saw growth and prosperity, but it was overshadowed by World War I which began in Europe in 1914. When the war ended in 1918, Grand Junction shared the national optimistic spirit that believed we had fought the final war, and civilization had moved beyond armed conflict. People believed the massive conflict was the “War To End All Wars.” This hopeful outlook was doomed to disillusionment. The population of Grand Junction in 1910 was 7,754, a 121.4 percent increase in a decade.

World War I artifacts at the Museum include this bugle. They had many uses as a signaling instrument before radio was common. The khaki colored cap was standard issue for a soldier’s uniform.