When Franklin High School was razed at 6th and Rood, the site was used for the new Mesa County Courthouse. Construction began in 1922 on the limestone, neoclassical structure and it was built to high standards. Hallways had marble wainscoting and terrazzo floors, court rooms were outfitted in golden oak. The front doors of brass had ornate grilles. It was dedicated in 1924.  (Dean Studio Photo)

As early as 1904 there was an attempt to establish a state college here. The idea of two year junior colleges was developing in the 1920s. Eventually the Colorado legislature and the governor agreed to an extension school of the University of Colorado. In the fall of 1925 the first college classes convened in the recently vacated Lowell School building at 5th and Rood. The nearby YMCA provided a gymnasium. Forty-one freshmen enrolled in Grand Junction State Junior College, forerunner of today’s Mesa State College. 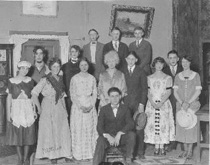 Plays and operettas were staged by Grand Junction High School students, and were attended by enthusiastic students and the public. The Senior Class play of 1925 was “The Rejuvenation of Aunt Mary.” Another play and two operettas were performed that year, usually at the Avalon Theatre to accommodate the crowds. 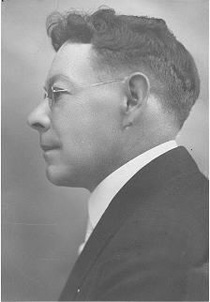 Olney E. “Ollie” Bannister was a patriarch of the family who operated Bannister Furniture Company from 1897 to 1999. Bannister also was active in politics, and was in the Colorado State Senate from 1918 to 1934. Among the causes he championed was the legislation which established Mesa College in 1925.

The first automobile show in Grand Junction was in May, 1926. It was in the Lincoln Park Auditorium (later mistakenly called the barn). Some familiar cars are shown. The Ford, Lincoln, Chevrolet, Dodge, and Buick brands are still with us. Hudson, Nash, Studebaker, and Willys were large manufacturers of the time, but exist no more.  (Dean Studio Photo) 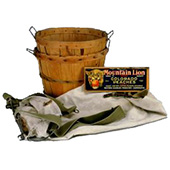 The Great Depression dominated the country in the 1930s. Grand Junction’s regional economy eased the harshest effects. This was not a manufacturing center, with closed factories and large numbers of unemployed. Growth was slow, but the 1930 population was 10,247, an 18.3 percent growth from 1920. Despite the economic depression of the 1930s, peach production remained fairly profitable. Palisade was the major peach orchard zone, but the Redlands and Bridgeport also had extensive production. Fruit picking sacks, with a bottom which opened easily for emptying, were widely used. They were patented in December 1900 by George W. Bowman who lived in Palisade. His wife, Nancy Cutter Bowman, is credited for the idea because she would use her apron to hold fruit while picking so it didn’t bruise. The Mountain Lion Fruit label adorned millions of boxes. Wooden baskets also were used widely. There were many pear orchards as well, chiefly around Clifton. 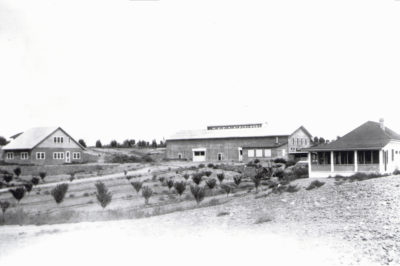 Copeco was a large pear and apple orchard owned by Earl Craven and partners. There was a club house for employees, and the spacious fruit packing building had a hardwood floor which also served for dances. Beginning in the 1930s a commercial dance hall, called Copeco, occupied the building. Dancing was popular, with a dozen ballrooms in the valley. 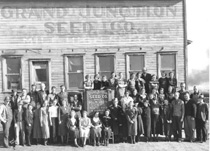 Farmers needed seeds for their many crops, and the Grand Junction Seed Company with its Mile High Seed brand was a main supplier. The Grand Valley is superior for various crops. Red clover is an example, and the seed company would contract with farmers to grow clover for tons of seeds which were sold locally as well as nationally. They exported and imported a wide variety of seeds, including flower seeds and bulbs. (Dean Photo) 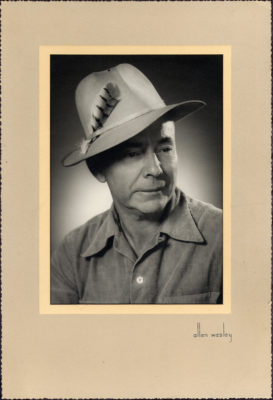 Alfred Nestler (pictured) was a noted local artist, and he was proficient in many themes and techniques. The Western Colorado Center for the Arts has a Nestler collection. Harold Bryant was another local artist with a national reputation. A large collection of his paintings also is held by the arts center. Bryant’s canvasses had western locales, and in the 1930s he was at his apex.  (Allen Wesley Photo) 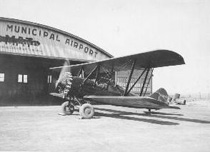 The Grand Junction Municipal Airport was on 700 acres where the larger current airport is located. It was dedicated June 14-15, 1930. The first runways were unpaved. There was one hanger with a windsock, and planes including an Eaglerock Biplane (pictured). In 1942 the airport was named Walker Field for the newspaper publisher who was a strong backer. During World War II, hundreds of Army and Navy cadets received basic flight training at Walker Field. (Dean Photo, Walker Field Airport Authority) 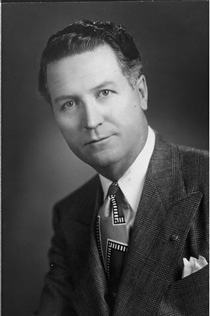 Radio was expanding rapidly across the nation. Grand Junction’s first station was on the air January 13, 1931 as Rex Howell established KFXJ, which later became KREX. It was the first station of a radio and TV network called the Western Slope Broadcasting. Company. His television station was the first in town in 1954. In the following decades other broadcasters established several radio and television stations here, as well as cable TV. (The Daily Sentinel) 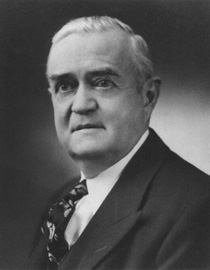 Walter Walker was editor and publisher of the Grand Junction DAILY SENTINEL from 1917 to 1956. He was an ardent supporter of every advance in Grand Junction and western Colorado. A force in politics, he was appointed by the governor to the United States Senate in 1932 to fill out the term of the late Senator Waterman. On the national level, Walker was a member of the committee which wrote the 1932 Democratic platform called the New Deal by Franklin Roosevelt. Walker was a delegate to eight consecutive national conventions, a state record. (The Daily Sentinel)

The entire town was enthused about the 1936 Grand Junction High School Tigers football team. They made widespread sports news as they played an entire season without being scored upon. The toughest game was in Salida. A special train carried fans to the meet which the Tigers won, breaking Salida’s winning streak of 39 games. The 1936 season total was Tigers 506 to 0 for their opponents. Rah Rah Tigers! (1937 Grand Junction High School Annual)