State Bridge is completed over the Grand River at the “narrows” east of Palisade near Rapid Creek.

Blue Flame Mine on Rapid Creek opened by Mr. Brownfield.

In 1903, Marion O. Delaplain and others, including the trustees of the Methodist Episcopal Church, plat the area east of Main Street from the railroad south to opposite 5th Street as the Delaplain Addition. These are small lots with 25 to 30 feet of frontage. Palisade incorporates as a town in 1904, changing the name from Palisades. The first municipal election is May 2, 1904, and Herman Kluge is elected Mayor. Prohibition comes early to Palisade in 1908, though wine grapes, grown primarily for personal–not commercial use–especially in Rapid Creek and the Vineland, succumb to a disease. Several churches begin and erect buildings, including the 7th Day Adventist, Christian, Presbyterian, Baptist, and Methodist Episcopal Churches which still stand. 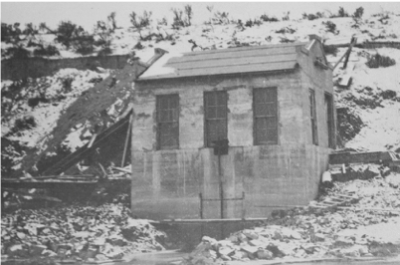 A number of irrigation projects are built, and some fail to provide adequate irrigation water to serve the increasing number of orchards.

Many buildings in downtown Palisade are built in the early 1900s. Palisade has electricity and telephones by 1906. This is the east side of Main Street in 1905 with Palisade families riding in Winton, Buick, and Reo automobiles.

Courtesy of the Colorado National Bank 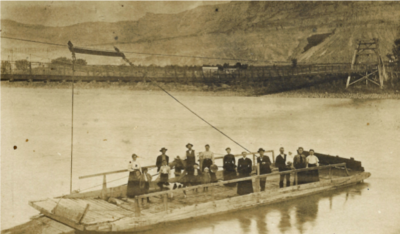 To make crossing the river easier, a ferry is built to connect 4th St. with the Vineland area. A suspension bridge is soon added, and both are replaced by a steel bridge in 1909. 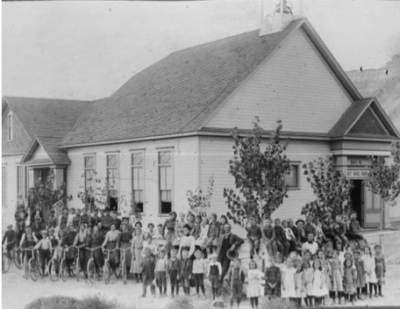 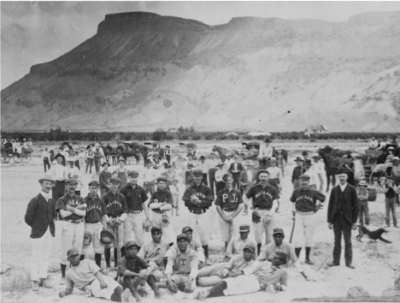 Baseball has long been a passion in Palisade. This 1902 photo is the Palisade team playing the team from the Teller Institute whose students were primarily Ute Indians, though other Native American tribal affiliations were represented. 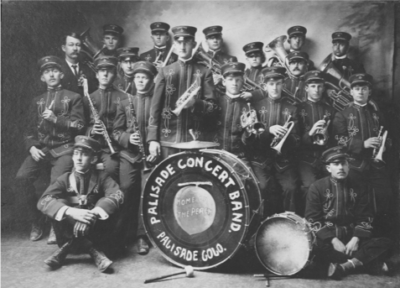 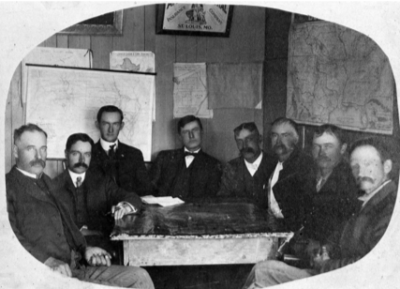 The town incorporates as Palisade–without the s– in 1904. The first town board includes, l to r: