6:00pm – arrive early at the Grand Junction events center for Live Music (snacks will be offered by Lotus’s Mobile Munchies)

Saturday morning lectures are not in character

9:00am – Coffee with the Chautauquans

9:30am – Karen Vuranch leads a lecture/discussion “Make Your Own Kind of Music: Influences on Cass Elliot”

10:30am – Susan Marie Frontczak presents a workshop/discussion “Hooked on Humor”

11:30am – David Fenimore speaks about Woody Guthrie “Game Planning for the Next Dust Bowl” 

Erma Bombeck captured with paring-knife-sharp humor the daily life of a new American phenomenon: the suburban housewife. Having figured out from her own personal experience that if you can laugh at it you can live with it, she chronicled the housewife’s daily struggles in her column “At Wit’s End” three days a week. She eventually appeared in 900 newspapers across the country and in books such as I Lost Everything in the Post-Natal Depression and The Grass is Always Greener Over the Septic Tank. Bombeck brought to American awareness the life of women whose lives otherwise felt invisible and taken for granted. She let women across America know: You are not alone. In fact, we number in the millions. I, too, am an American housewife, and I will laugh by your side.Find out how Erma got started as a humorist. And chuckle along as she pokes fun at kids, husbands, and especially herself.

Susan Marie Frontczak has given over 850 presentations as Marie Curie, Mary Shelley, Irene Castle, Clara Barton, Eleanor Roosevelt and Erma Bombeck across 43 of the United States, and abroad in her 22 years as a Living History scholar. She also works with both adults and youth to develop their own Chautauqua presentations.  Susan Marie authored the Young Chautauqua coaching handbooks for Colorado Humanities and coaches students 3rd through 12 grades. In 2022 she joined the faculty of the new Chautauqua Training Institute run through North Dakota Humanities that is coaching a dozen new Chautauqua scholars from across the country. 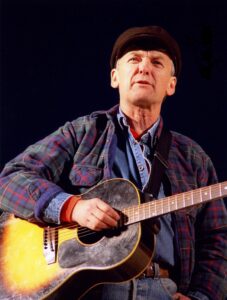 Woody Guthrie was more poet than musician, but something about his voice and lyrics — not to mention that sly, drawling, aw-shucks stage manner– appealed to migrant worker, labor organizer, and university-educated folklorist alike. Woody had the knack of rolling up all the injustices of Depression-era class struggle into a catchy refrain set to an easy tune. He wrote “This Land” to reject Irving Berlin’s 1940 hit “God Bless America,” believing that the system was rigged against wage-earners. He distrusted the federal government and despised bankers, lawyers, corporations, socialites and other elites, demanded equal treatment for black performers. His work wasn’t widely known until after he was stricken with the hereditary disease that killed him at age 55, after progressively crippling him in body and mind for his last 20 years. Woodie wrote hundreds of songs, including classics like “Pastures of Plenty,” “Hard Traveling,” “Do-Re-Mi,” and “Deportee.” Woody injected the American folksong tradition into popular music, inspiring innumerable songwriters and performers from Bob Dylan and Bruce Springsteen to Phil Ochs, Lila Downs, Billy Bragg, Bono, and many others who wrote lyrics with pointed social and political commentary.

David Fenimore recently retired from 32 years teaching literature and the humanities at the University of Nevada, Reno. He was named Fitzgerald Distinguished Professor of the Humanities and received the Outstanding Teacher Award and the Dean’s Award for Teaching. His other Chautauqua characters include western writer Zane Grey, New York publisher Horace Greeley, and California settler John A. Sutter. He has published numerous reviews and articles on western literature and folklore, as well as written and staged over a dozen plays. Once upon a time he hopped a freight from Oregon to California, and nowadays in his spare time he plays piano about as well as Woody played the guitar. 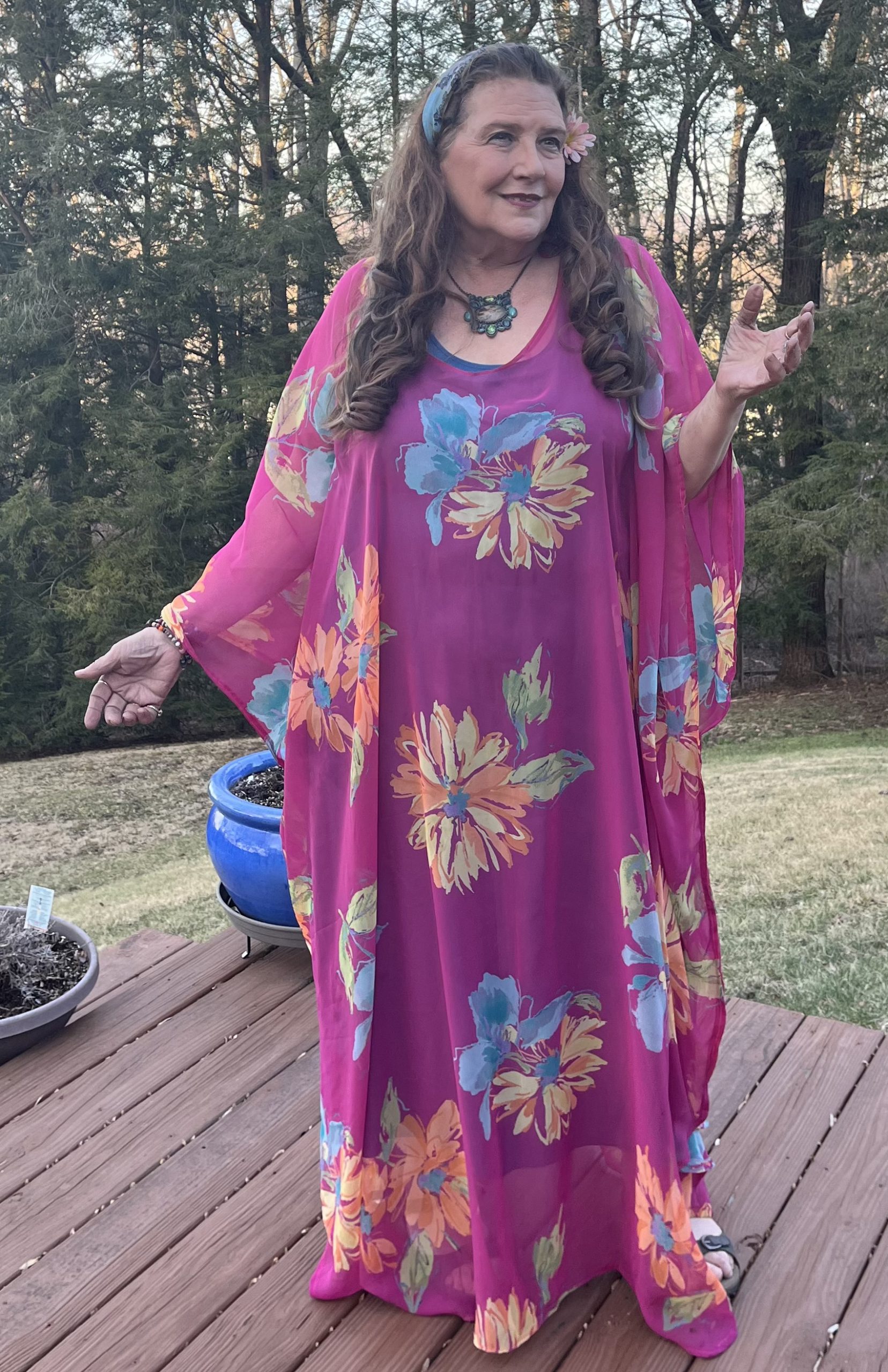 Cass Elliot was one of singers in the iconic 1960s band the Mamas and the Papas. Known for her sense of humor and optimism, she was considered by many to be the
most charismatic member of the group. Her powerful, distinctive voice was a major factor in their string of hits including:”California Dreamin,” “Monday, Monday,” and  “Words of Love.” She was defined by two things – her big voice and her big size. New York Magazine said, “She has broken the strongest barrier for an aspiring star. In America, the most weight conscious nation in the world, she has become a glamour girl. She is a star not despite her weight, or because of it, but beyond it.”

Karen Vuranch Acclaimed storyteller Karen Vuranch has been performing characters from history for many years. She combines solid historical research with a theatrical flair. Karen has a MA in Humanities from Marshall University in West Virginia and was on the faculty of Concord University, teaching and directing Theatre. In addition to portraying Cass Elliot, Vuranch portrays Clara Barton, Mother Jones, Mary Draper Ingles, Julia Child, Laura Ingalls Wilder, and others. She has performed throughout West Virginia and the nation and participated in many national Chautauquas. She has completed five performance tours of Wales and England and a storytelling trip to China. Vuranch has written two
plays about women in history, Coal Camp Memories about life in the West Virginia coalfields and Homefront about women in World War II.

All events will be at the Grand Valley Events Center, 2400 Consistory Court, Grand Junction.

Support for this program comes from: 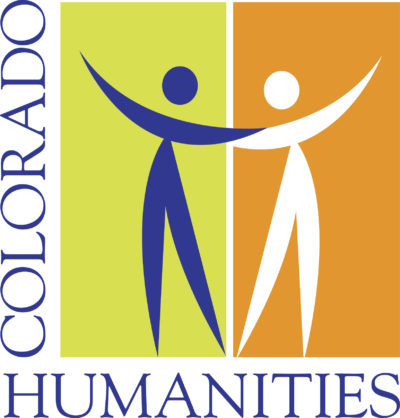 Chautauqua takes its name from a movement that began near Lake Chautauqua, New York, in the 1800s. It began with Sunday school teachers gathering for a week of study, but it became a touring program through which local communities could enjoy traveling speakers, politicians, plays, and music. Many communities still have the Chautauqua parks where these outdoor events were held, usually under a big tent. We’ve been told that at its height in 1924, Chautauqua programs visited over 12,000 towns and entertained over 32,000,000 people nationwide. But new technologies – radio and TV – led to the demise of the old-fashioned Chautauqua.
Today, Chautauqua has been reinvented as a way to bring the humanities, especially history, back to life. Organizations across the country bring in professional scholar-actors (Chautauquans) as historical characters, bringing history to life for their audiences. Local talent provides a great variety of daytime programs. These modern-day Chautauquas are usually sponsored by state humanities councils and other non-profit entities.

Two Rivers Chautauqua got its start in 2006, thanks to the Museum of Western Colorado, Colorado Humanities, and local donors. It is a two-day event held each year on a Friday and Saturday.
You’ll notice that some of our Chautauquans portray very well-known American icons; others are not so well-known. We believe that part of the fun of Chautauqua is learning more about our country’s history through historical figures we may not know so well, or at all. Here’s a year by year theme: